Blog
You are here: Home / Blog / Home Loans / Are we headed for negative interest rates?

What is a negative interest rate?

In practice, it means the bank charges you to deposit your money and pays you to borrow. And if that sounds like a fast way for the banks to go broke, you’re right.

The theory is that by penalising banks for holding excess cash, the central bank will force them to go out and lend more money, which should stimulate the economy.

Negative rates generally haven’t flowed through to businesses and consumers, though Denmark’s banks have ventured down that rabbit hole after living with negative rates for most of the time since 2012. The country’s Jyske Bank grabbed headlines in August when it announced a 10-year mortgage with a rate of -0.5%.It said borrowers would still make their regular repayments, but the amount outstanding would be reduced by more than the monthly payment.Of course, it costs banks to lend you money and even a negative interest rate loan will come with fees and charges to cover the bank’s costs.

The theory is that interest rate cuts reduce the cost of money, giving consumers and business an incentive to spend and invest, leading to economic growth. They also weaken the exchange rate, making the country’s exports more competitive.

On that basis, countries with negative rates such as Denmark, Switzerland, Japan and the eurozone should be going gangbusters. But they’re not, negative rates are proving ineffective in the current environment. It’s not the incentive to spend more that drives economic growth. It’s borrowing to fund spending and investment that pumps new money into the economy.

Low or negative interest rates work when people have the capacity to borrow more, but economies such as ours are already highly indebted. For many consumers lower rates present an opportunity to reduce debt rather than increase it.Proponents of negative rates also underplay their negative effects on people who have excess savings.

What are the solutions?

Central bankers such as our Reserve Bank chief, Philip Lowe, and the European Central Bank president, Mario Draghi, have called on governments to do more to stimulate their economies. That presents a problem for the Australian government, which made a virtue of budget surpluses during the last election.

Our government is taking advantage of cheap debt to fund some infrastructure programs, but political considerations will likely keep a lid on major spending increases.

While negative rates might sound great to borrowers, they present a headache for savers. Retirees in particular may be forced into speculative investments to generate income to live on – a strategy that rarely ends well.

Sharemarkets overseas have performed poorly with negative rates and they are particularly bad for banks, which are hit with a triple whammy of being charged interest on their excess cash, poor credit growth, and pressure on their margins due to fixed costs and the pressure to keep deposit rates up as they provide a large part of their funding.

So it is no surprise that banks are reluctant to pass on the full rate rises.

Switzerland introduced negative interest rates in the 1970s to try to keep the Swiss franc competitive.

Did it work? No. Switzerland went into recession.

Inflation in Australia is still a low 1.6%, which reduces the likelihood of rates falling below zero (though it means many depositors are earning negative interest in real terms).

A fiscal kick-along from the government could help to offset wider risks to the economy.

Investment research analyst Nicholas Stotz says there is an obvious risk in the Reserve Bank using emergency measures when the economy isn’t in dire straits, leaving no room to move if there is a downturn.

Our economy is still facing stiff headwinds from overseas. If these pushed us into recession, that could force further rate cuts whether they work or not. 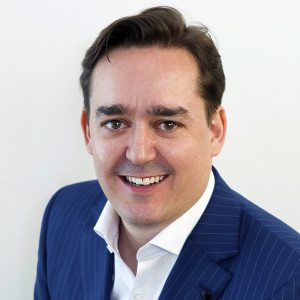 Matt Carra has always been very helpful and available when myself and my husband have seeked his assistance. I have referred him to my friends who have also found him very helpful. He is fantastic at what he does and is a wealth of information and provides great advice. He made my first home purchase easy and stress free. Thank you Matt.

Help from your parents

Is your credit report healthy?
Scroll to top